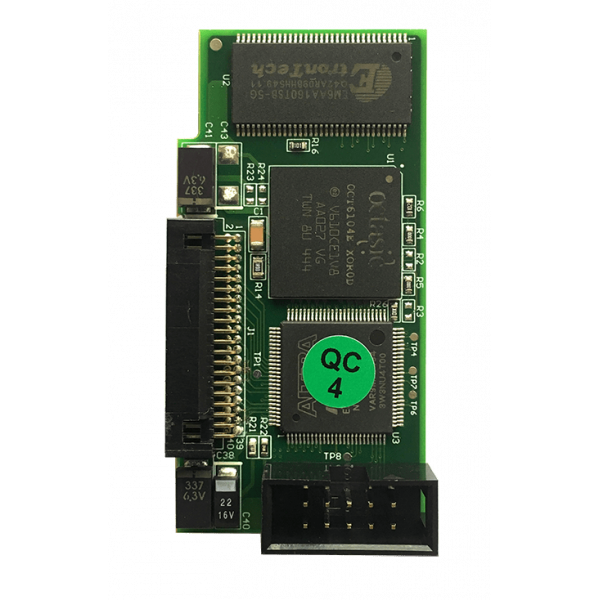 Availability: This product is no longer in stock

Xorcom has designed a hardware echo canceller (HWEC) module for its award-winning Astribank telephony interfaces and Asterisk-based IP-PBX appliances*. The module provides a high level of echo cancellation and voice enhancement while reducing the load on the CPU, as compared to OSLEC, the software-based echo cancellation solution provided in the standard Asterisk framework.

Prior to the development of the hardware echo cancellation module, Xorcom recommended that customers use the OSLEC (Open Source Line Echo Canceller) provided as part of the Asterisk operating system. Central Processing Units (CPUs) are so powerful these days that normally the OSLEC has no impact on the IP-PBX operation. However, if the telephony system is used in high-density call environments, and/or where additional applications are involved, such as call centers that need call recording functionality, offloading the echo cancellation processing to a separate hardware module makes sense.

By reducing the load on the server’s CPU, the number of simultaneous calls that are supported on the telephony system is increased significantly. The echo tail size of the hardware echo cancellation module has been set to 128 taps, and load tests show that the same number of simultaneous calls is achieved as when the software echo cancellation is disabled completely.

Be the first to write your review !